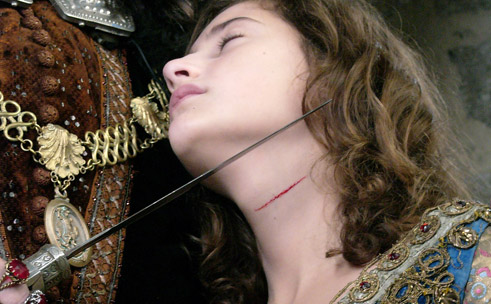 Bluebeard is a retelling of a wife slayer read through the eyes of two sisters. The story is done with a lot of style and is far less revealing than many of the directorâ€™s previous films.

It takes a leaf out of the three page story by Perrault about a woman who gets married to an old man. But then it is slowly revealed to her that most of his previous wives were killed by him. It is surely not a commercial fare and will entail a very peculiar brand of feminism.

There are two narratives in the story that go parallel. The first is set in the 1950s and features two sisters who are reading about the fate of this young woman. The second one is set during the Renaissance. So the young woman is taken in by the ogre and married. But the ogre is not sure of whether he wants to kill her or not.

The film has been picked up by Strand. They recently distributed classics like the Headless Woman. It is directed by Catherine Breillat