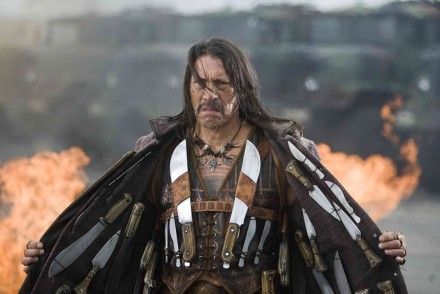 Sony gets early rights for Machete The film was part of the trailers in the Grindhouse films. It was one of the standouts as well. So for Robert Rodriguez to jump into this will be interesting viewing. The trailer showed a man who is on some kind of rampage and he wants to avenge someone. It also featured supporting roles like Robert De niro, Jessica alba, Cheech Marin, Michelle Rodriguez and Rose McGowan.

There will be a lot of double crossing and triple crossing going around in this one. It is based on a script by Rodriguez and it will be co directed by Ethan Maniquis. The film will be reminiscent of the directorâ€™s Mexican trilogy which ended on a sour note with the last one. But it still had an interesting performance in the form of Johnny Depp.