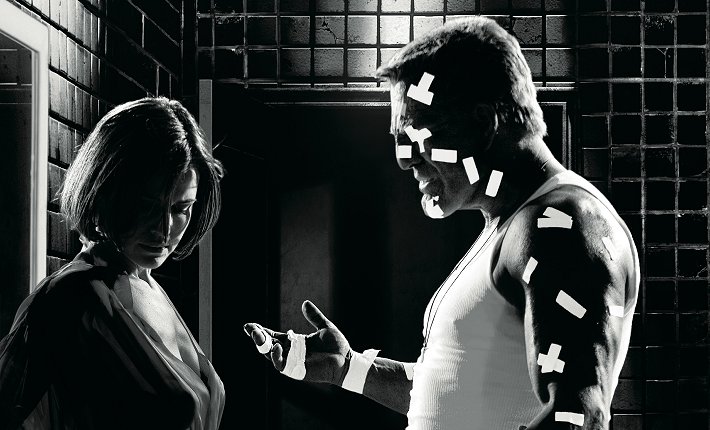 Sin City 2 in the Works Finally Sin City has been in talks for ages now. I think ever since the first movie was out there was always news on it. Now the news on the subject has sort of trickled away. There were casting rumors of Angelina Jolie and Johnny Depp being part of the film. But it has almost reached saturation and people have sort of forgotten about it. As a single piece Sin City was a towering marvel.

Finally news has been flying that Sin City 2 will be in the works. Now producer Stephen Lâ€™Heureux says that Sin City will go into production and there is also Frank Miller coming back for it. Frank Miller will then go ahead and even direct a film version of his own novel Hard Boiled.

But there is also some disheartening news regarding who will be in the directing process of this film. The sequel will be based on some original material by Frank Miller and not based on the books. Frank Miller is also developing a script for Hard Boiled after that. But Robert Rodriguez might end up being too busy to make any commitments for this project. The reason being the Weinsteins are trying their best to get out another Spy Kids movie; horrible stuff.

Another project for Robert is the Machete part of the Grindhouse series and the highly publicized Predators remake. So we are not sure how far we can run this story. We just hope the climate changes and get a Sin city movie by 2011.