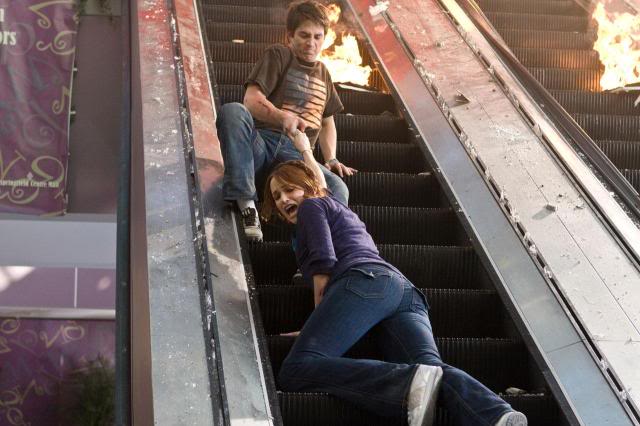 Review: The Final Destination in 3-D Well, I saw this movie in 3-D and maybe because of that I thought it was decent. I have always liked the first Final Destination which came out back in 2000, as it hardly had any cgi and the deaths were more realistic. As a result of increased usage of cgi, the deaths in this movie look a bit fake than realistic and it shows death as if it were like a daily thing.

The story not surprisingly is the same. The main character has a premonition during a race and just like all his predecessors, is able to predict who dies in what order. But what I despised a lot was that he was getting premonitions of how each one is going to die and that I felt gave out a lot. In the previous movies, there was a sense of curiosity as to how each one would die, but this movie seems to have been made for the sole reason of getting back its production budget by showing the movie in 3-D and was more predictable that having some suspense.

Somehow I get the feeling that this franchise is not over, maybe due to the weird ending or the hope that someone would make one close to the original by bringing back some of the older characters atleast in the story.

The only saving grace are the 3-D effects, without which the movie might not even be worth watching.