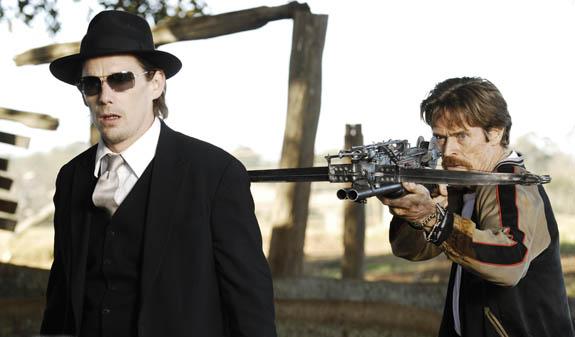 Pics of Ethan Hawke and Willem Dafoe in Daybreakers Daybreakers has been on mind ever since there was talk about Ethan Hawke in a Vampire movie. The cast which includes Ethan Hawke, Antichrist starrer Willem Dafoe and Sam Neill: I think that is more than enough to get interested in the small budgeted vampire film. A poster for the film revealed a blood farm that supports these vampires. It is a really crazy looking film and I really canâ€™t wait. 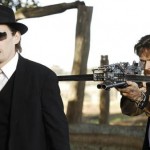 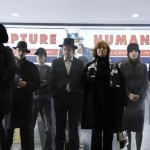 These images are sure to make the film look creepy and make you want to expect the best for this film. The pictures reveal Willem Dafoe holding this bad ass gun probably to kill em some vampires. The story talks about a rogue set of vampires who try to restore humanity to a blood sucking world. The film will release only next year so we will wait till then I guess.