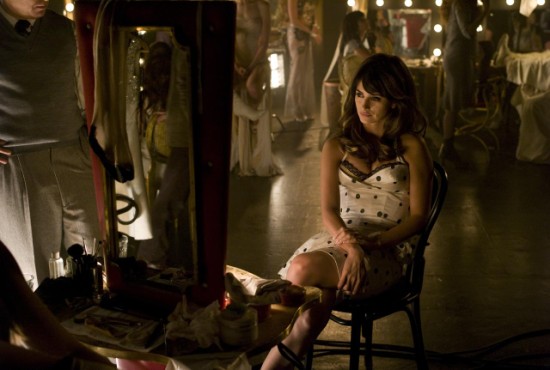 Penelope Cruz has a string of interesting films lined after the doomed film Nine. She will be teaming up with Johnny Depp for the Pirates sequel. She will also be working once again with Sergio Castellitto on an adaptation of Margaret Mazzantiniâ€™s Venuto Al Mondo. The film is set to go in front of the cameras in 2011.

The project is still looking for financing but it will change once Penelope has joined and the book has been gathering a lot of good buzz. The film is a flashback heavy story follows a mother and her adolescent son who return home to war torn Sarajevo to search out their roots and is set before, during and after the Balkans conflict of the 90s.

â€œI have remained friends with Sergio and Margaret since ‘Don’t Move,’ [their 2004 film together]” Cruz explained. “They sent me the Spanish translation of the book, which I read in one sitting and which left me enchanted. I immediately felt I had to do this film, I had to tell this story to the world. That doesnâ€™t happen very often.â€

Cruz noted that the book will help audiences understand war and fear and desperation it produces, with her passion for the project possibly the reason Castellito is trying to catch hold of Javier Bardem for the project. Benicio Del Toro will also play a part in the big project.

Shooting for the film will take place all over the place like in Rome, Sarajevo, Belgrade and Croatia.