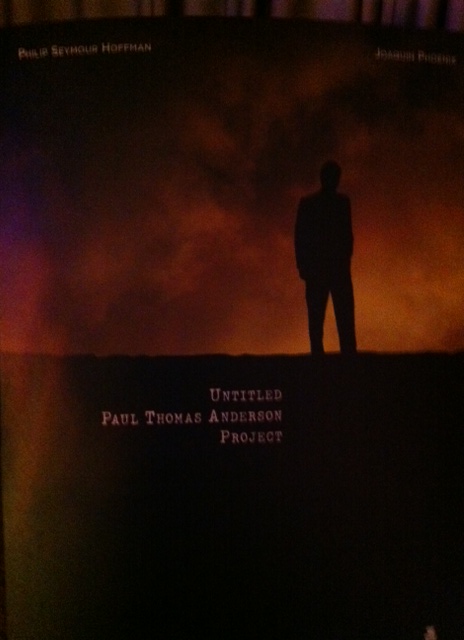 Paul Thomas Anderson works on his next The first Teaser image of the next Paul Thomas Anderson film has come out. The Weinstein Company has picked up the worldwide rights to the new film by the director. The Master will star Philip Seymour Hoffman and Joaquin Phoenix in the principal roles. It tells the story of a man who returns after witnessing the horrors of WWII and tries to rediscover who he is in post war America. He creats a new belief system, something that catches on with other lost souls. The teaser image has really nothing to offer. The image appeared at the recent Cannes Film Festival. The film looks like it will be in line with movies like There Will Be Blood and Punch Drunk Love, Anderson’s last two films, but it is also not even close to final or official.

Paul Thomas Anderson is really favorite of Talking Films as well. We will be anticipating the director’s next venture. We will also expect you guys pursuing us for info on this project.