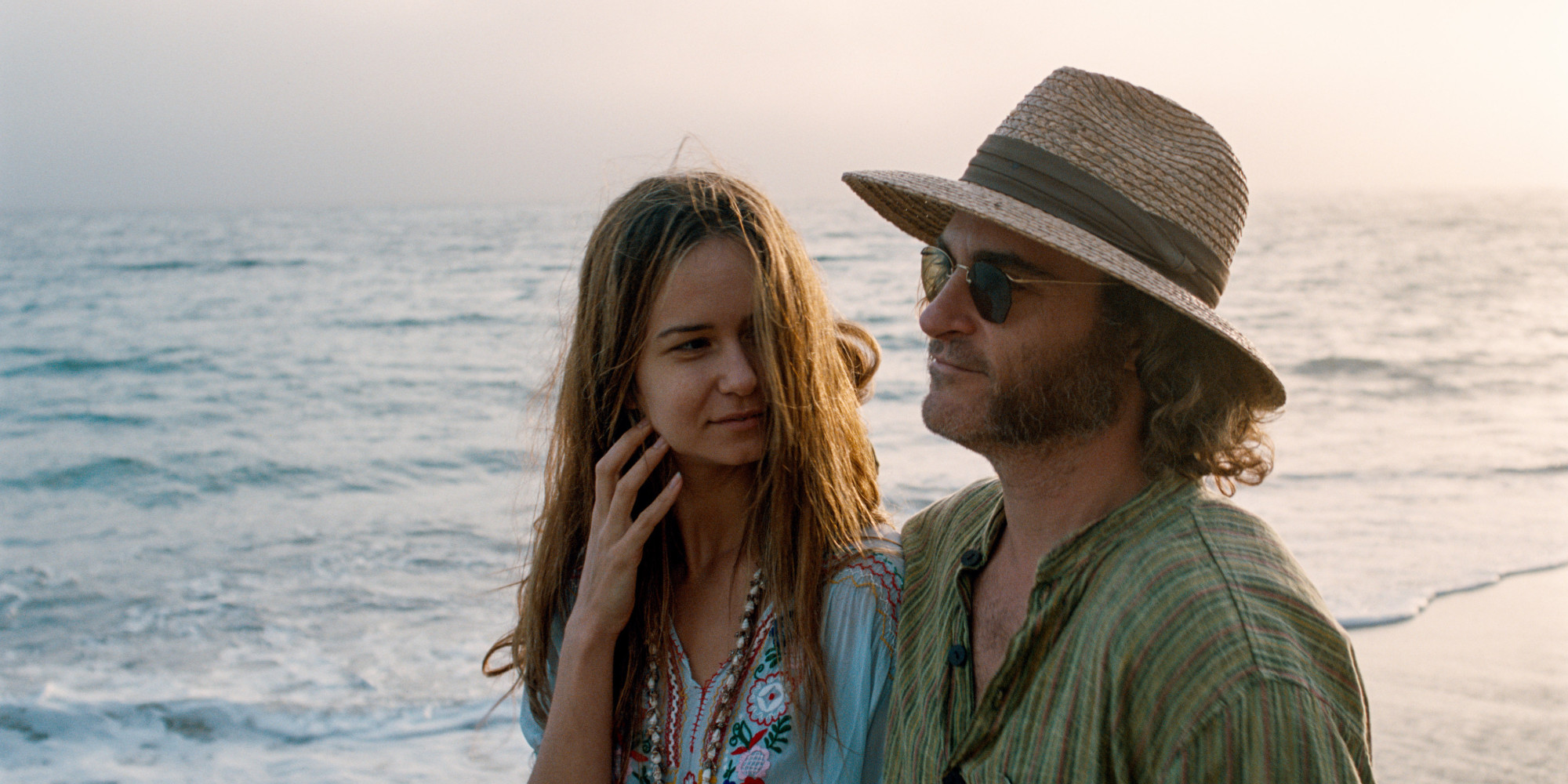 I took my wife to see The Master when it was in theaters and she still hasn’t forgiven me. I can’t blame her since part of the intrigue for me in seeing a Paul Thomas Anderson film is the promise of an emotionally draining experience. More than any other American filmmaker, Anderson has a sense of the tensions implicit in American life and he makes us feel them. It makes sense that he would adapt a Thomas Pynchon novel, especially one that approaches the postmodern issues of isolation and loss of identity like Inherent Vice. That’s all in the ether, things to think about when watching an Anderson film. But what keeps me coming back (and what has made Anderson an arthouse mainstay) is his sense of humor in the face of so much misery.

Doc Sportello (Joaquin Phoenix) suffers, maybe more than any previous Anderson character (though Phoenix’s portrayal of Freddie Quell in The Master is a close second). Everyone seems to exist to antagonize him, from ex-girlfriend Shasta Fay Hepworth who plays psychosexual games with his emotions to the entire police force who seems intent on making him public enemy number one. As trapped as Sportello must feel, his laid back attitude (due in no small part to his heavy use of downers) allows us to laugh as he deals with the constant oppression. All these struggles for Sportello are more interesting when put in the framework of the hardboiled American tradition of detective fiction that Inherent Vice seems to comment on. The PI of the golden age of film stayed a step ahead of the police at all times, so it comes as a shock when Sportello is caught with a lit spliff in his own apartment as Josh Brolin’s “Bigfoot” Bjornsen kicks down the door. This example, late in the film, is just one of many moments in Inherent Vice during which the audience’s point of view (Phoenix) is as confused as we are, leading us on a journey of constant displacement. As with Pynchon’s novel, Anderson’s film seems preoccupied with the state of the Private Investigator in a postmodern world. Phoenix plays Doc Sportello with a perfect hazy paranoia, seeing clues in everything but following all his leads to dead ends. The criminals stay ahead of him while the police use him as a pawn and, as the 70’s begin, his hippy way of thinking is engulfed by post-Manson Family terror. As with the modern PI whose work has become little more than marital cases and money issues (solved for the most part by online resources), Sportello represents the eventual end of the classic detective era of Spade and Marlowe. The man who works outside the law can only do so much in a system that has advanced beyond its Luddite days and becomes obsolete alongside the more highly trained police. Anderson’s film seems lost, but only because it’s trying to tell us to move on as our heroes try to find a place for themselves in the 21st century.

Inherent Vice signals both a continuation of Anderson’s work and an apparent shift. While we can see the roots of Sportello in Mark Wahlberg’s eternally childish Dirk Diggler or in Phoenix’s animalistic portrayal of Freddie Quell, he also has an amiable defeatedness, an acceptance of his situation that Anderson’s other characters might spend their whole lives resisting (think Daniel Plainview’s beast-like violence in There Will Be Blood). We can hope that this represents a new move for one of America’s most vibrant cinematic voices, enabled by his adaptation of one of American literature’s most unique players.