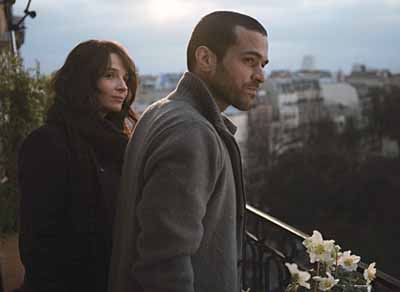 Paris: A City in Review Really trying to condense a whole city into a film is something that really doesnâ€™t need to be undertaken. But for some like Cedric Klapisch it is more of a chance to play out some interesting situation with his characters. The film Paris is seemingly a light fare on a city that is bred in evil that can’t just be discarded.

The film is divided between stories and seems to lack any gel. It seems to drift into several unwanted areas without sticking to the cityâ€™s core. There are some lively flashbacks which are laced with some moments played out by Romain Duris. The film seems to be the actor’s chance to empower something more that what it offers. Most of the actors have joined this farce because of what the city has given them. The film was finding itself hard sell even in Europe. But it will soon be showcased in some limited theatres in the US.

Cedric Klapischâ€™s films seem to be suited a tourist view of a city. He fails to even capture some of the endearing moments in the film. The charismatic actors who play the siblings seem to be totally in touch. Juliette Binoche plays the sister of Romain Duris. Romain’s character seems to whither out in the background while he meets people in Paris who seem to be really colorful. Everyone who lives around Pierre (Romain Duris) seem to hinder nothing. But taking each snippet as a separate film would make it a more compelling viewing. The film seems to extend its welcome.

Cedric tries his hand at blurring reality but that also seems at time vague. The pressing need of the film was too probably embody Romain as the city itself. Something the director missed by a mile. But there are some simpler moments that seem to evoke unintentional beauty that make this one a single watch. Some of the background stories like the stall owner who has a crush on Juliette. A divorced stall owner Albert Dupontel plays the role like he was sort of forced into this. The racial tension also seemed a little too complacent for my taste.

Inhabiting Paris is what I expected Romain to be doing. But the film is certainly miles ahead of many of the trashy American dramas. But this story would have been a lot better if it was told straight without all the unnecessary gimmicks. Our lack of interest to the central character has lot to do with the director’s vision.