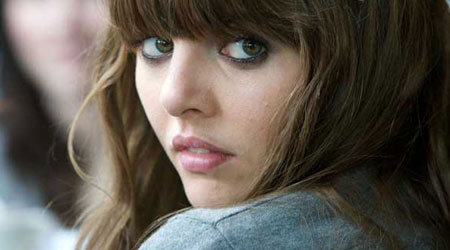 Jim Carrey is getting a good cast for his upcoming film directed by Mark Waters called Mr Popper’s Penguins. It is based on the award winning book by Richard and Florence Atwater.

The film will tell the story of a high powered businessman who inherits six penguins. As he gets acquainted with, and increasingly attached to, his winged roommates. His life begins to quietly unravel and he begins to value more with every passing day with these animals.

Lovibond will play Poppers’ personal assistant. Carla Gugino is already cast as his wife. The movie will begin shooting next month in New York.

Lovibond is a rising star in UK. She played the love interest to Aaron Johnson in Nowhere Boy. She will also be seen in London Boulevard with Colin Farrell and Kiera Knightley. She will play a part next also in the Natalie Portman starrer called No Strings.