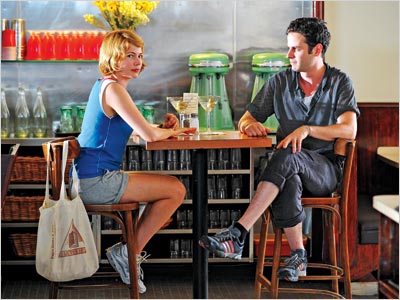 Michelle Williams in Take This Waltz It has been in the talks for some time now. Michelle Williams will be seen in the next movie directed by Sarah Polley titled Take this Waltz. The film also features Seth Rogen.

The film follows Margot, a 28 year old woman, who has been married to her husband played by Rogen for five years. She meets a man named Seth on a business trip, who turns out to live across the street from the couple, and the two begin an awkward flirtation, which soon escalates into a lot of tension and whole lot more.

Sarah Silverman will also be part of the cast playing the sister of Seth Rogen in the film. This will be second film directed by Sarah Polley. She brought us the powerful and yet mature film Away from her. She will be now delving into the lives of twenty year olds next. Tell us what you think of this inspired casting choices.