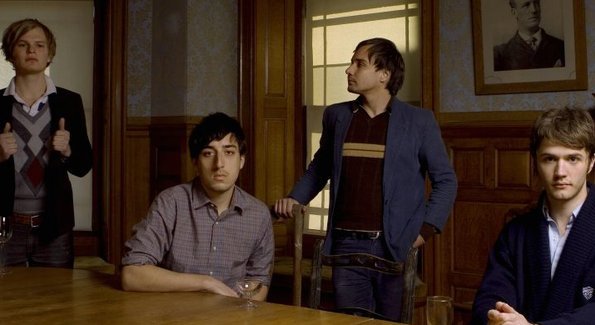 Grizzly Bear were one of the few bands last year to make it big on the billboard. They have turned out to be the best thing that has happened in the independent music scene. Their first work was seen on Blue Valentine at the recent Sundance Film Festival. The film stars Ryan Gosling and Michelle Williams.

Grizzly Bear has also given some music for Philip Seymour Hoffman in his dramedy Jack Goes Boating. We have some pictures from the film and even a poster that really looks like it will be something thoughtful. There are no new tracks featured in both the albums but it is still really nice to watch them on screen.

Blue Valentine has still not picked up a distributor yet. It is one of the best films from Sundance this yet. Jack Goes Boating was picked up by Overture.