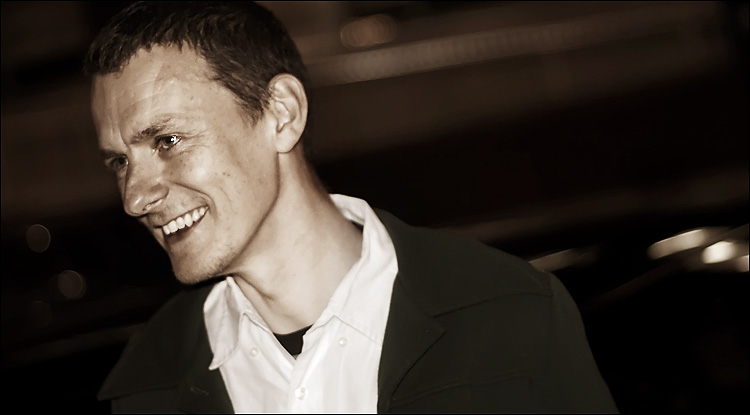 Michel Gondry working on Ubik next Michel Gondry has just dropped news that he will be making Ubik next.

The director revealed that he is adapting Philip K. Dick’s Ubik for the big screen. The metaphysical tale follows a man who works an anti psi security firm that blocks telepathic spying other sorts of supernatural trickery. Here is a synopsis via Amazon.

Nobody but Philip K. Dick could so successfully combine SF comedy with the unease of reality gone wrong, shifting underfoot like quicksand. Besides grisly ideas like funeral parlors where you swap gossip for the advice of the frozen dead, Ubik (1969) offers such deadpan farce as a moneyless character’s attack on the robot apartment door that demands a five-cent toll:
“I’ll sue you,” the door said as the first screw fell out.
Joe Chip said, “I’ve never been sued by a door. But I guess I can live through it.”

Chip works for Glen Runciter’s anti-psi security agency, which hires out its talents to block telepathic snooping and paranormal dirty tricks. When its special team tackles a big job on the Moon, something goes terribly wrong. Runciter is killed, it seems—but messages from him now appear on toilet walls, traffic tickets, or product labels. Meanwhile, fragments of reality are timeslipping into past versions: Joe Chip’s beloved stereo system reverts to a hand-cranked 78 player with bamboo needles. Why does Runciter’s face appear on U.S. coins? Why the repeated ads for a hard-to-find universal panacea called Ubik (“safe when taken as directed”)?

The true, chilling state of affairs slowly becomes clear, though the villain isn’t who Joe Chip thinks. And this is Dick country, where final truths are never quite final and—with the help of Ubik—the reality/illusion balance can still be tilted the other way.

The film will be difficult to materialize for the producer who might just end up losing a lot of money just trying to get the rights for the book. Gondry has already something on his plate with The We and I. Gondry had also this to say about the planned Philip K Dick project.

“It’s about the group effect, how people in groups transform when the group is dislocated, because everyone jumps out of the bus at different times, there is a smaller group and how the relationships evolve,” Gondry told us adding, “It’s not [well-known] actors, it’s going to be kids from a school in the Bronx. I love kids and just [regular] people too because they are not polluted by the medium. They come as they are and they have beautiful stories to tell, so I want to show that.” The drama will revolve around “35 kids going to school on a bus” and will thematically delve into “how the group affects the individual.”

Gondry is also slowly at work on a documentary about Noam Chomsky, but it’s something he is giving himself a bit more time on. Ubik will be lensing only sometime next year. Steve Zaillian will be producing the film.