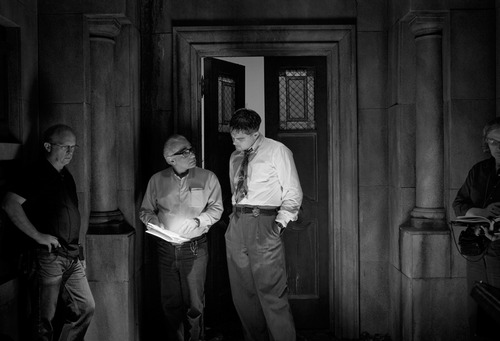 They will be working once again together for The Wolf of Wall Street. Ridley Scott has just left the building and will be walking out of this project. This is just great news for the studio. They have gotten hold of Martin Scorsese now for the project. The film will be scripted by Terence Winter.

The film will also be starring Leonardo DiCaprio. Leo has already secured the financing for the movie and Scorsese is all but done with his work on The Life of Hugo Cabret. Wolf of Wall Street could go before cameras as early as June 2012. Scorsese will be working on Silence next.

The story follows a drug, alcohol and sex addicted brokerage firm operator’s rise and fall. The film will be traced from the eighties to the nineties. It is nice to see the two of them back together again for another film. Tell us what you think about this development.