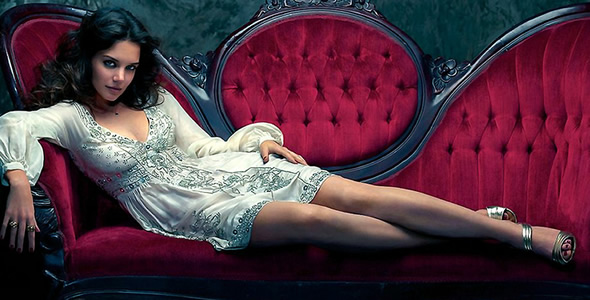 Katie Holmes is in talks to star in an Adam Sandler film called Jack and Jill. She will star alongside Al Pacino and Adam Sandler. The comedy is being directed by Dennis Dugan.

The film will follow Jack, a family man, who deals with his twin sister, Jill, when she visits for Thanksgiving then won’t leave. Sandler will play both characters. This sounds just really disgusting, but still a little funny.

Holmes will play Sandler’s wife while Al Pacino will play himself. The film is expected to start shooting in October. Katie Holmes has been staying away studio films and looking at low budget fares like The Romantics, The Son of No One and the much awaited Don’t Be Afraid of the Dark next year on January 21 st.

She is currently shooting for the miniseries The Kennedys playing Jacquelin Kennedy Onnassis.