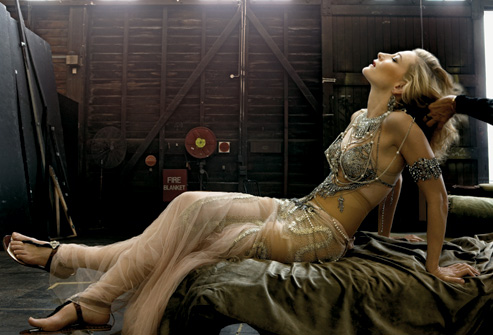 Joe Wright and Cate Blanchett team up for India The Atonement filmmaker Joe Wright will next take up the Indian summer. His last film The Soloist was a little disappointment. It ended up being a washed up sentimental film. His next film will star the courageous beauty Cate Blanchett. She has really worked some of the greatest directors of our time. Her only adversary Tilda Swinton has been pushing limits of cinema with each of her films. So this will be another feather in her cap if she takes up this role.

Cate Blanchett was last seen in The curious Case of Benjamin Button. The role didnâ€™t demand much except for her to look good. The scene stealer was Tilda Swinton. She was also seen in the controversial notes on a scandal. But this new film that will be set in India will be something of a pleasure for her to work. She will play Lady Edwina Mountabatten. The film will be released in 2011. The film will be written and directed by William Nicholson and will show Lord Mountbatten handing over the power to Jawaharlal Nehru.

It is just question of how Joe Wright will portray the sensibilities of the film. I hope he wonâ€™t adopt the horrible clichÃ©s of his comrade Danny Boyle.