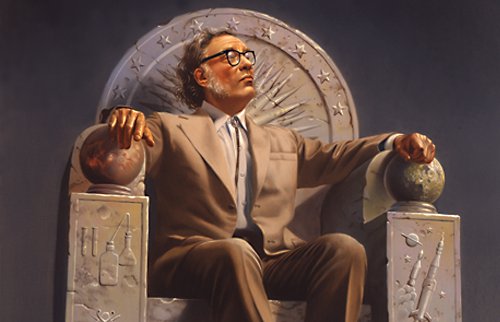 The news will bring loads of people out on the streets. But it might be closer to the truth with each passing day. Roland Emmerich will get his work cut out for the next Foundation Trilogy adaptation. There is going to be a lot of predictability in his movies with all the motion capture things we got to see Avatar. But it is certainly going to be a horrible adaptation.

Emmerich had this to say â€œProbably now all big movies have to be 3D. it is not only the effect of 3-D has shown that if you do a movie in 3-D, you can ask for more money and that is the trick. I think now everybody who does bigger movies has to shoot them in 3-D. I think there is no way around it. I was on the set of Avatar and I saw how it worked and I really thought, â€˜That is the ultimate way of making movies.â€™

This is going to be a really bad, over the top adaptation of the movie. It will be in 3-D so it will make matters worse as well. The script for the film should be out soon. So we should get a better idea of how all the pieces will fit. Robert Rodat will be the person who will try and make this happen for the film.

Foundation is about a mathematician named Hari Seldon, a psychohistorian who is able to predict large scale events using scientific principles. When Seldon forsees the downfall of the Galactic Empire, which will precipitate a dark age lasting 30,000 years, he establishes two human oasis in an effort to preserve human knowledge.