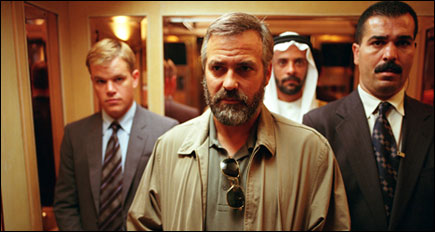 George Clooney takes in Matt Damon for his next Matt Damon seems to be the flavor in everyoneâ€™s mind. Clint Eastwood has just signed him on for another film. Right now we have news just in that he is probably starring in George Clooneyâ€™s next movie. George Clooney has been going on about a film titled Hamdan V. Rumsfeld. The film marks his sixth collaboration with Matt Damon.

The film tells the story of Osama Bin Ladenâ€™s chauffeur, who was thrown into Guentanamo Bay. This particular incident was direct conflict of the Geneva Conventions. But he was saved only because of a dashing, handsome lawyer Hamden who fought for his case and will surely be tailor made for matt Damon.

The film will be the next venture after little watched Leatherheads. But the failure of that film will certainly not deter this great director. But he will play on the sympathies of the public in a twisted way if this film ever gets out.