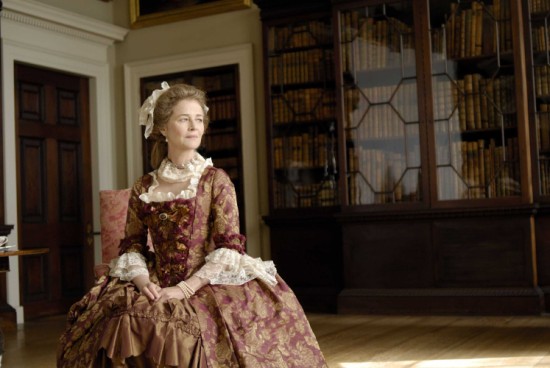 Geoffery Rush and Charlotte Rampling in the Eye of the Storm Evil Angels is a film that is under production for the last couple of weeks. It has taken my interest because of the presence of some really good actors. The Australian filmmaker Fred Schepisi has begun work for The Eye of the Storm.

The film is based on a novel of the same title by Noble Prize winning Australian author Patrick White and will be adapted by Babe: Pig in the City co writer and Happy Feet co director Judy Morris. The film will star Charlotte Rampling, Geoffrey Rush, and Judy Davis, with a supporting cast that includes the filmmakerâ€™s daughter, Alexander Schepisi, as well as Robyn Nevyn, Colin Friels, John Gaden, and Helen Morse.

The story centers around the impending death of powerful matriarch Elizabeth Hunter (Rampling) and the response of two nurses and her two children (Rush and Davis). This looks like another sorry Oscar film but with an amazing cast. Will that do it any good? We will have to wait and watch.

Now for the director who will be taking the reins he has done work with Kirk and Michael Douglas film called It Runs in the Family. But nothing is really certain on what sort of treatment will the director employ.