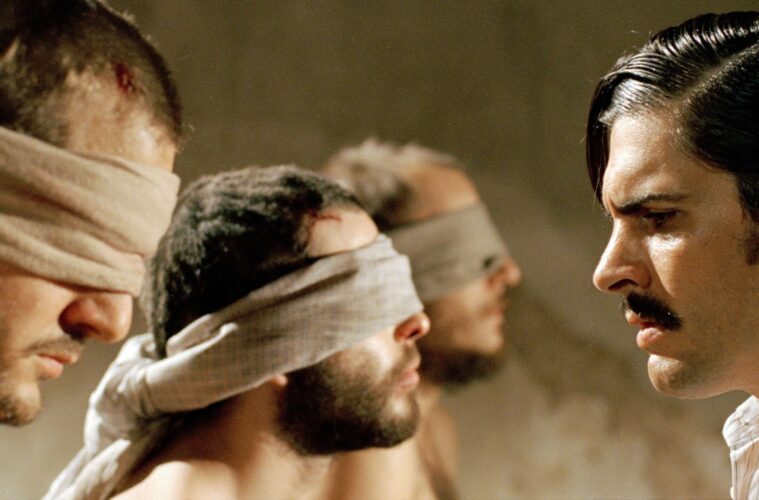 The movie is based on a true story of Soccer Goalkeeper who is kidnapped from his house by some secretive group of the police and sent to a prisoner camp which later we come to know of it as a Detention camp where he and few others like him are tortured for information they did not have, relating to a possible revolution against the Government. The film is set in Argentina in 1977.

This was Argentina’s Official Oscar entry for Foreign films category this year and i must say this is a movie not only well made but it shows what Argentina was like in the 70’s and 80’s.

The film follows Claudio Tamburrini played by Rodrigo De La Serna (Motorcycle Diaries), a goal keeper playing for a minor league football club, who was forcefully kidnapped by members of the Argentine secret military police. He is forcefully taken to a prisoner mansion known as Sere Mansion which is an old, dirty, scary and well-guarded house in a suburban neighborhood on the suspicion he’s an anti-government terrorist. Claudio is not alone and he is frequently tortured by the jailers for information he doesn’t have because he was never a political terrorist. He was accused by his friend who he has spoken to only twice in his life. But the fact there is no conclusive evidence of him not being a terrorist goes against him and he’s made to stay in the horrific building.

After four months of imprisonment, and many sessions of torture, Claudio decides to escape with his fellow captives and make a break for freedom. Now, everyone might be thinking there are many escape flicks out there, not another one. This one is different because the escape is not difficult in this case. Its just a matter of when and not the how. What matters in this film is what the characters had to live through during the course of four months.

A psychological thriller with some brilliant shots, especially because you are aware that this actually happened. The camera work and acting immerse the audience into the torturous but pitiful life that these innocent prisoners had to go through all the way to a clinical finish.