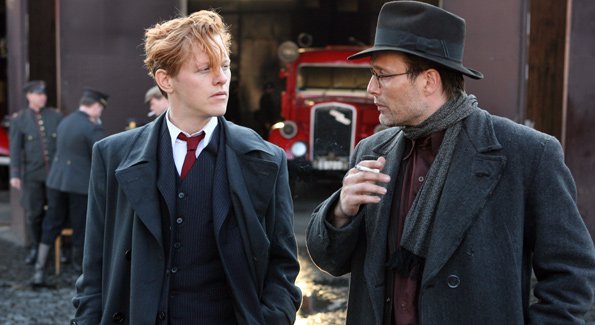 ‘Flammen & Citronen’ is a powerful and soulful film

This movie belongs to two men Flammen (Thure Lindhardt) and Citronen (Mads Mikkelsen) who are part of the Danish resistance during the war. Their jobs were to kill German officers and spies, eventually putting them on top of the Gestapo’s most wanted men list. Despite that, each time they kill someone, they would celebrate and hang out in bars where the Nazi’s used to go. Pressure from the Danish and the British governments begin to give them mixed signals as to whom they are actually fighting for and then follows some breath taking and suspenseful sequences which lead to a predictable climax.

Most people wanted this film to be more action packed and more in the lines of a thriller but this movie is based on a true story and I think the director has done a pretty decent job. Pretty sure that the danish are not known that much for their cinema, but this movie is a bright spot. What makes this a very good movie and worth to watch, is the character of Thure Lindhardt as narrator and the flame, who does a sublime job doing the whole movie. His character is very complex and when he narrates each time or when he is all alone in his basement, you really get to understand and feel the same way he did.

There are a few cliches, but other than that the plot is great with lot of twists along the way, and the questions they ask themselves as to are they being played, or if anyone is spying on them, can they trust whoever they meet and lots more heart wrenching moments. The cinematography is beautiful and really well made, some of the scenes with Flame were just brilliant.