First Look: Elle Fanning in The Curve of Forgotten Things 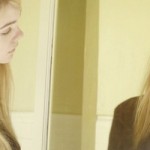 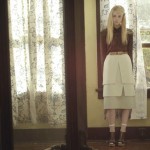 She will be seen in a short beautifully named The Curve of Forgotten Things. Several directors have also been seen several shorts with the inclusion of Martin Scorsese, Frank Miller, David Lynch and Gia Coppola. Darren Aronofsky was the latest to be added to the list with his work on Yves St. Laurent.

Elle Fanning will be working with Todd Cole for Rodarte. The Deerhunter will be featuring music for the film.

“It’s inspired by Northern California, and the Seventies. It’s about this girl who exists in this strange place outside of time. She’s digging up things from the land and the past, and she offers them to the sun,”

Cole said about the film.

The short will debut online on Tuesday at Nowness.com who also helped finance the production.