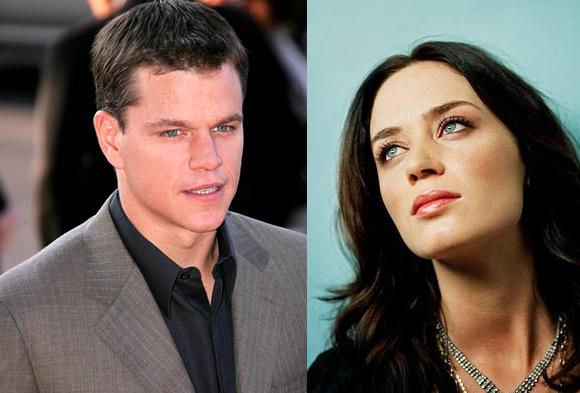 There have been so many stories churned out by Philip K. Dick. It is sometimes hard to tell how his influence has been on the world. The future is always bleak and at time dark in his books. But it is still etched with a lot of vitality. The latest movie adaptation of one of his books is The Adjustment Bureau. The film stars box office star Matt Damon and the lovely Emily Blunt. The film will be a love story but it will surely be disguise for some really powerful science fiction plot devices.

Emily Blunt had an interview with MTV where she revealed some of the aspects of the story. “It’s like a modern love story, but it’s got an ominous sci-fi backdrop to it,” Blunt told MTV News during a break in shooting on location in New York City. “It’s going to be exciting and disconcerting and strange, which is what I like about [Dick’s] work. It’s very cool and clever. It’s got a really tight script.”

But donâ€™t be taken back by the love story part of this film. It will hugely depend on the performance of the actors. I m expecting a Solaris type film with this one, Matt Damon will have to take this one to the next level. “The term soulmates is used so casually, but in this case, in this film, it is true,” Blunt explained. “They are sort of destined to be together and they fight fate to be together.”

She also discussed the fact this time around Matt Damon doesnâ€™t really have to do much of training for this film like his action films. “Matt’s thrilled because this time it’s me who’s been thrust into the month of training, because I play a dancer in it, which is kind of arduous training seeing as I’ve never bloody danced before. And Matt is actually thrilled that for the first time it’s me who has to do that kind of thing and he’s got off scot free.”

Emily Blunt left the role of Black Widow in Iron Man 2 for this film. But I think in a way it is a good thing. She is an extremely credible actress and a part like this will do justice to her talent. “I really would love to do a movie where I kick ass!” she laughed. “I’m not doing any wire work or anything [in ‘Adjustment Bureau’], so I’m bitterly disappointed!”