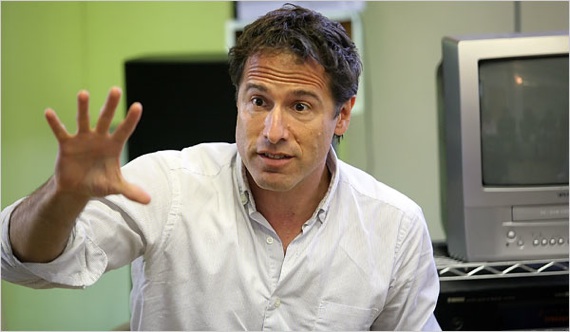 David O Russel Nailed the last scene for his next His next film will be called Nailed and David O Russell is a scene away before he gets back into production of the film. So the film was In big trouble for some time now. So finally we can see a light under the tunnel.

Now the news of him working on a puzzling final scene so that he can get rid of this project from his mind; this will be something to watch out for. So the film will finally be completed and we will see it on a screen near you.

Now the scene in question involces Jessica Biel who gets a nail stuck in her head. But the film has been stalled for various monetary reasons mainly due to maligned producer David Bergstein who has since justifiably found himself in trouble. He was faced with a dozen creditors in Los Angeles bankruptcy court for incompetency. Bergstein just had a warrant issued for his arrest on account of over a million dollars worth of unpaid gambling debts owed to Mandalay Bay Casino in Las Vegas.

Some of the co stars on the film include Jake Gyllenhaal, Catherine Keener, Tracy Morgan and James Marsden were all weary of the splurges of the producer. Kristin Gore scripted the film. It starred Biel as a socially awkward and uninsured waitress who accidently gets shot in the head with a nail. She goes to Washington on a crusade to fight for the rights of the bizarrely injured and meets an immoral congressman played by Gyllenhaal who takes advantage of her sexually and politically.

The script had many of the aspects of the television sitcom The Simpsons. It tackled health care issue with Lisa going to Washington. Now there is a change of partners on the film and many people have stepped up to make this possible. Now the cast is excited on the final scene of the film to be canned after that everything should be alright.

David is right now working on the finishing touches for his boxing drama called The Fighter. The film is starring Mark Wahlberg, Christian Bale, Melissa Leo and Amy Adams also due out this fall. This will be two films and a welcome return for the director of films like Three Kings, I Heart Huckabees. He will probably working on Pride and Prejudice and Zombies with Natalie Portman.