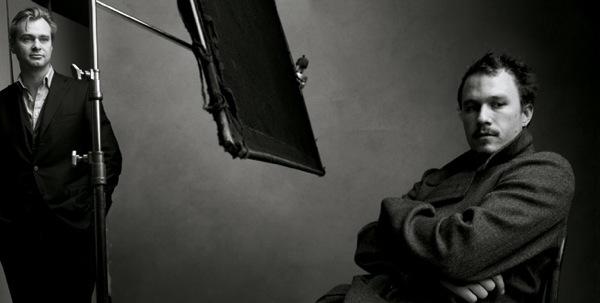 Batman was a force to really reckon with after the release of the sequel to Batman Begins. The Dark Knight was like an ode to the idea of a vigilante. Christopher Nolan and his brother Jonathan have been sitting together and trying to revamp the Superman franchise. The franchise has been suffering various setbacks because of what Bryan Singer did it to it.

There have been various quarters telling on this big development. But what is really the official word on the Superman franchise. Nolan and Goyer have written a script which has yet to receive a stamp of approval. It indirectly states that work on the Inception is almost nearing completion. For Nolan to even to attempt anything is sacrilegious. Christopher should go back to his independent routes like in the Following. Probably give something a little more claustrophobic for the Superman film. Limiting Superman will give you a lot more room for characterization. There is just the age old story of Kryptonite poisoning that has made for very little input to the Superman franchise.

Nolan is being quoted from the LA Times talking about the Batman 3 film.

Itâ€™s very exciting, we have a fantastic story. And we feel we can do it right. We know the milieu, if you will, we know the genre and how to get it done rightâ€¦[it] is a way of approaching the story Iâ€™ve never seen before that makes it incredibly exciting. I wanted to get Emma and I involved in shepherding the project right away and getting it to the studio and getting it going in an exciting way.

These are exciting time for the film industry. With this announcement there will be fanboys throwing parties and loads of people wearing Joker costumes pleading for him to return. It is certainly unlikely but it will give rise to loads of rumors. But for Goyer to come up with something after his horrible directorial venture will have to be seen.

But the key thing is the fact that the third film is surely in the horizon. It will be great to see this story completed. There needs to be a lot of digressions in the film to make the next one memorable. But will they do with Joker in the casket and not ready to return. Jonathan Nolan needs to take loads of things into account. Especially international audiences became weary of the Dark Knight in couple of weeks. So if the third film needs to be a global phenomenon they need to work on the knots in the scripts.

Nothing is really clear about the Superman film. There is certainly an interest in the dying franchise. It will be interesting to see what Chris will be able to do with it. Will this just be a passing phase of the studios when they look into the Superman prospect once every five years and it dies instantly the moment they check the history of the films. Till then all of us can be content with the prospect of seeing Inception this year.