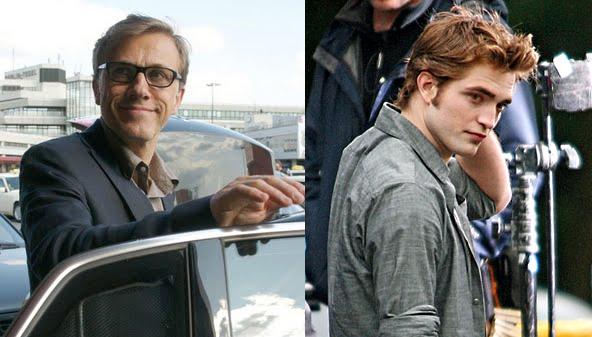 Sean Penn is been getting into a little bit of trouble with Hollywood with his self imposed break from Hollywood. He had to get away from the Francis Lawrence adaptation of Water for Elephants. Now Christoph Waltz has jumped on board for this one.

After his turn as Colonel Hans Landa in Inglourious Basterds he has been zeroed on by most of the directors. Waltz will play the husband of the star of a 2 nd rate traveling circus, a dangerous paranoid schizophrenic animal trainer who is as mean to his wife as he is to the circus creatures. Who else could play this except him?

There is also a love triangle at the crux of this story. Robert Pattinson will play a 21 year old Cornell University veterinary student who joins Benzini Brothers most Spectacular Show on Earth, a second rate traveling circus, after he is traumatized by the car crash death of both parents. He kind of finds his place in the circus by caring for the menagerie of mangy animals and falls in love with Marlene. Marlene will be played by the extra chirpy Reese Witherspoon. Lawrence is known for his work on films like Constantine and I am Legend. So this will be something we will surely be following.