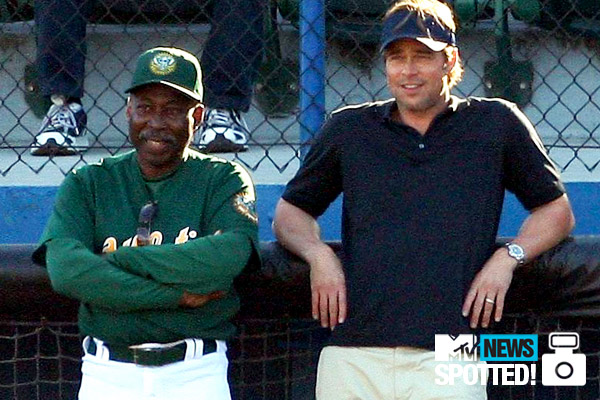 It has been in the shooting stages for some time now. So they have just come out with an image of Brad Pitt in the film. Money Ball is based on the book by Michael Lewis and it stars Brad Pitt and a host of theater personalities. The film is directed by the fertile mind of Bennett Miller.

The shoot was happening in Los Angeles when they got this image. The film also stars some of Bennett Millerâ€™s regulars like Robin Wright, Jonah Hill, Philip Seymour Hoffman, Stephen Bishop, Kathryn Morris and Chris Patt.