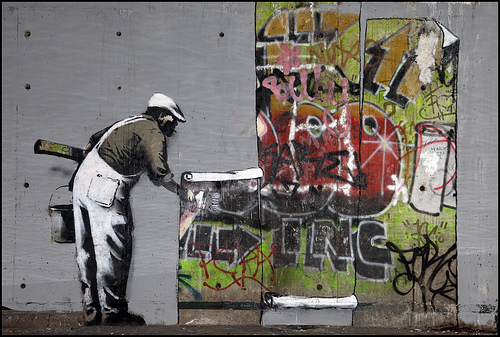 Banksy and his Street Art Film

Building adorned with image of a giant rat in Liverpool is one of the highlights of Banksyâ€™s work. He has been working on several of his artistic endeavors at a really feverish pace. He recently debut his latest documentary Exit through the Gift Shop at the Sundance Film Festival. Many of the recent Hollywood works has been inspired by his film. One of the biggest ones was Ratatouille.

His inspiration can be seen in the streets of very big cities. He had drawn stuff in New Orleans after the debacle of Hurricane Katrina. Recently some of his drawings were spotted at the Israel West Bank barrier. He had drawn 9 images over there. It is one of the illegal boundaries made by Israel. But none of his artistic adventures are sanctioned by any government. He works on his own accord. 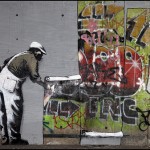 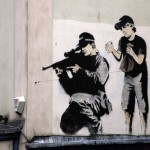 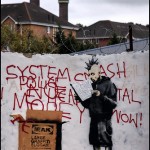 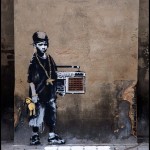 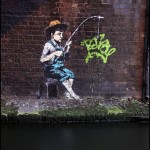 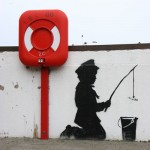 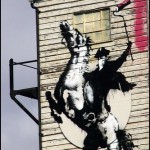 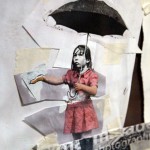 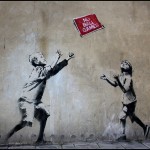 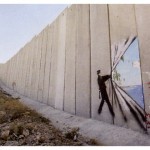 Many of his drawings have been hanged at the British Museum London. He is one of the rarest artists to have even put some of his paintings at various art galleries without being noticed. His presence has been anonymous for years. He seems to be in total isolation even now. Some of his recent images can be seen above.

Some his fixations have been inspired from movies like Pulp Fiction. The movie inspirations change over time. He also worked on some artists on their album covers. One of the striking images is the one of Think Tank a Blur album. One of my favorites is An Anarchist rat. The rat is used frequently as a motif in many of his drawings. It was probably influenced by seeing the works of Art Spielgman.

But whatever happens too many of the walls Banksy has painted. There is a value to art that many countries are slowly opening to.