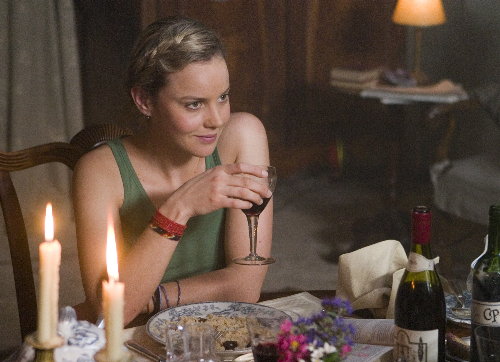 Abbie really shines in her last film Bright Star. It really elevated to the same level as actresses like Kate Winslet and many other of her seniors in the industry. Now in her new film with Bradley Cooper she can be seen running for no apparent reason swinging things around. It makes her look silly but I guess there will be interesting story behind the film.

Anna Friel just joined the cast of the film recently. But what was about this story that is drawing people to it. Anna Friel can be remembered for work on Pushing Daisies. She was also part of the cast of the hugely unsuccessful farce last year Lant of The Lost.

Now the cast includes Bradley Cooper, Robert De Niro and Abbie. The film will be directed by Neil Burger and it will be a thriller that is silly. The story follows a writer played by Bradley Cooper who gets his hands on a top secret drug that makes one smarter. Friel will play Bradleyâ€™s wife in the film.

Anna will be next scene in You Will Meet a Tall Dark Stranger which might do some good for her. But will be scope of Abbie in this movie. If she plays the infidelity of Bradley Cooper that will big clichÃ© to her resume?