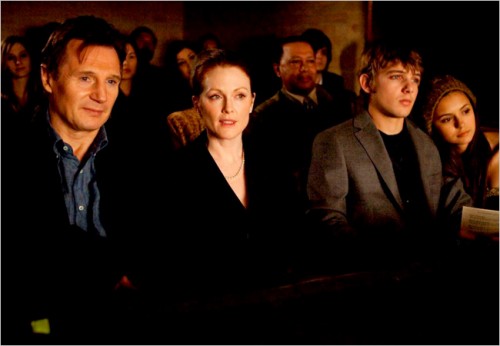 Atom Egoyan on the â€˜Chloeâ€™ mystery There have been various articles popping up championing Atom Egoyanâ€™s new film. He seems to be elusive of critical pressure. He has made movies that he felt necessary. The last one of them was Adoration which was as bleak as they come.

But Chloe his new film has been in the news and has been receiving a lot of good press. New York Times has been calling it is most accessible piece. For me it more of a chance of seeing what Atom has done with the emotionally drained Liam Neeson. The film also stars Amanda Seyfriend, Julianne Moore and Nina dobrev

For those of you who are not familiar with his work. Please go ahead and rent one of his sublime earlier works The Sweet hereafter. It was a film that was nominated along with Titanic so you can imagine what pressure he must have faced with that one. But the film was a somber piece yet unforgettable. One of the strongest parts of the story is its allegories that to this day still haunt me. The much talked about mis en scene in that film is one that needs to be felt. It almost captures time and leaves it in its darkest embers. Before that Atom had made the beautiful Exotica. Once again a powerful non linear narrative piece, that sticks with you even after the credits roll. But some of his more recent work like the 2005 Where the Truth lies has its share of moments. It is surely not as good as his early work. But it works its magic in several different ways. 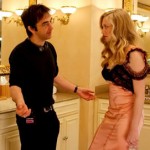 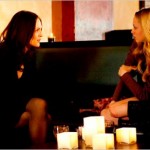 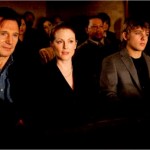 His earlier films lacked what the critics might call appeal. So this might be something Atom will be working with. But I m not sure how far it will that take him with his understanding of the medium. I m surely not advocating his renewed energy in what people think of his work, but it is essentially the audience that makes him do the things he does.

I think the power of his films were the dense nature of his plots, that surely makes for difficult viewing.

One of the biggest tragedies of the shoot was the sudden death of Liam Neesonâ€™s wife, Natasha Richardson. The film was stalled for a little while but it did jump back with the arrival of Liam Neeson back on the sets.

But I m pretty sure which direction Atom Egoyan takes he surely creates a beautiful picture with most of them. So all this news of Atom Egoyan trying to channeling new appeal should be take with a pinch of salt.