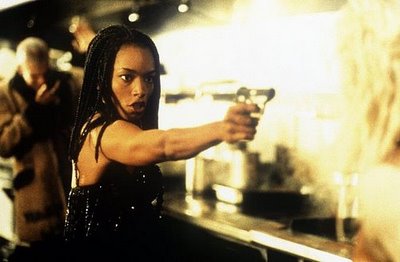 Angela Bassett joins the cast of This Means War There has been a lot of shooting already done for the Chris Pine, Tom Hardy and Reese Witherspoon starrer, with McG directing. He seems to have lost his mind after working on the overtly ambitious Terminator franchise. He seems to be out of sync for some reason and has gone back to his old days.

The new film he is directing will now be joined by the talented Angela Bassett. It is an action comedy centers on two best friend and international spies who fall in love with the same woman and declare war on each other.

There is a long list of producers for this film and mostly headed by Will Smith.

Bassett will play the boss to Pine and Hardy’s character that has dedicated her entire life to the spy business and has no life outside the CIA. The expectations for this movie are really going down the more we read into the story. The inspired casting can still not do the trick for this movie.