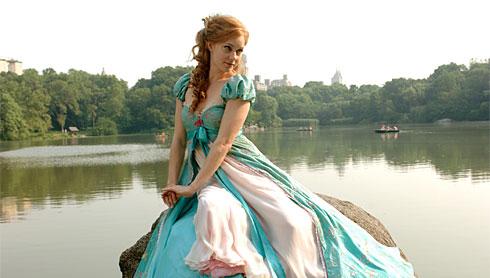 After the recent trailer for her latest movie Leap Year made me fall of my stairs. Amy Adams has several other movies in store for the next year. She is really an unbelievable talent.

The actress has signed on to star in The Ten Best Days of My Life. The film is based on the novel by Adena Halpern and its plot is as follows:

After Alex Dorenfield and her dog, Peaches get hit by a car; they wind up in heaven the perfect place for this lady. The 29 year old Alex is floored by how hip the digs are at Heaven. In this place Alexâ€™s dreams of getting designer clothes, an awesome house and eating without gaining weight come true. The best part of all of this is she gets to meet some of her old relatives. She also dreams of prospective soul mate.

There is a catch to all this she has to pass an exam in order to remain in this place. Otherwise she will be demoted to the fourth level. She would have to live in a condo, wear last yearâ€™s clothes and lost Peaches. So she works on her essay to prove she led a worthwhile and fulfilling life.

The film will be directed by Shawn Levy that will be downfall. The next Adamâ€™s film of note will be her role in David O.Russellâ€™s forthcoming The Fighter and she also has a silly romcom, there is also the Zach Galifinakis starrer called Town House.