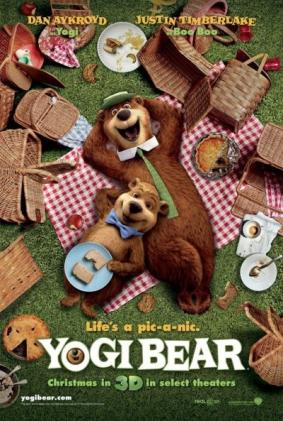 There have been not so telling stories for kids in the last couple of years. So for Warner Bros to suddenly to come out with Yogi Bear is quite hilarious. The film will also be in 3D. So it will be weird to see this on the big screen.

It is an animation show that was part of the 60s and has been upgraded a bit. But do many kids still know what Yogi Bear is all about. But I guess their parents will take them for this one. The story is about Yogi voiced by Dan Aykroyd and Boo-Boo will be voiced by Justin Timberlake. The rest of the cast include Anna Faris, T.J. Miller and Tom Cavanagh. So they are out to get the food of each and every one from Jelly Stone park.

The film is directed by Eric Brevig. He is known for his work on Journey to the Center of the Earth. Yogi Bear will be out in the theaters on December 17 th this year. Check out the trailer and tell us what you think.