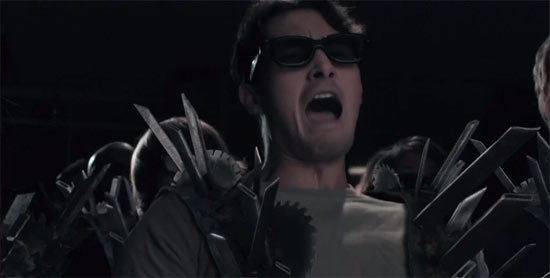 Here is the horrible trailer for the last film in the Saw series. Lionsgate waited out for a little while to get this new trailer out. The 3D effects are going to be something to watch out.

The films have kept on being made till last year. They finally decided to close this chapter once and for all. The 3D angle is going to be the only thing this film will have to salvage some profits.

Here is a small synopsis:

Survivors from Jigsaw’s previous traps gather to seek support of self help guru and fellow survivor Bobby Dagen, but when Dagen’s own dark secrets are revealed, a new wave of terror is unleashed. Meanwhile, Mark Hoffman and Jill Tuck battle over Jigsaw’s legacy.