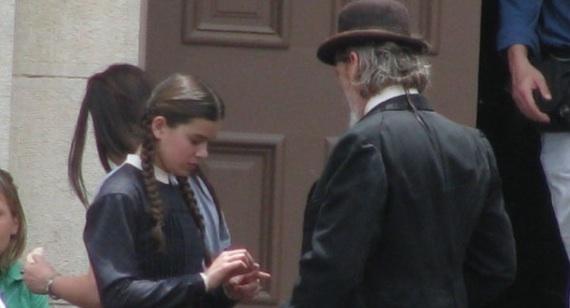 There have been very few images from the film. But there is finally a trailer for the film. So the film is expected to come out soon and looks like it will be in the same vein as No Country for Old Men.

The film stars Oscar winner Jeff Bridges, Josh Brolin, Matt Damon and El Duderino. There are some truly beautiful shots in this one.

True Grit centers on Mattie Ross, a young girl who acquires the assistance of aging, drunken U.S. Marshal Rooster J. Cogburn played by Bridges and young Texas Ranger, La Beouf played by Damon to track down her father’s killer. Tom Chaney will be the bad guy who is led by a gang.