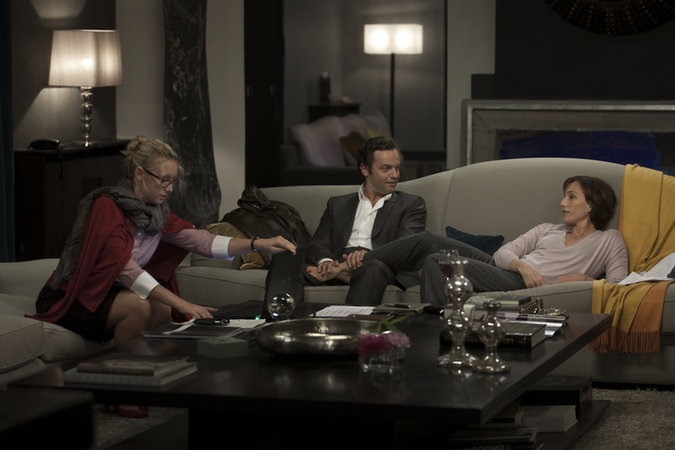 After the spaced out hit Diabolique, here comes another tale of passion crimes. The film this time will be in French and will deal with women destroying men’s lives in more subtler interludes. It also has its share of violence it is called Crime d’Amour.

The film is directed by Alain Corneau. It stars Ludvine Sagnier as Isabelle, a young up and comer working at a multinational corporation except she can’t seem to get ahead because of her boss Christine, played by the Oscar nominated Kristin Scott Thomas. She basically steals the young woman’s ideas and uses them to her own advantage. After several abuses of power, it reaches point where Isabelle gets too angry and plans to take her revenge.

Kristin Scott Thomas nails the trailer with her performance. It is really well suited to her powerful demeanor. Tell us what you think of the trailer.