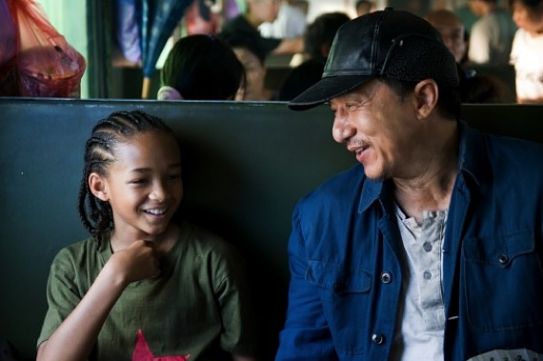 Sony has just debuted the first official trailer for The Karate Kid, a remake of the 1984 original, which has Jaden Smith as the Karate Kid who learns this art from Mr.Han, a maintenance man played by Jackie Chan.

The trailer looks just about right, as one cannot expect anything extraordinary from a kid, but it looks like Jaden Smith plays his part to his full potential. Jackie Chan on the other hand, looks awesome. His age doesn’t seem to have any effect on his movement and his martial art techniques.

The story is about Dre (Jaden Smith) a video game buff who moves to China with his mother and finds it difficult to cope with his surroundings, also being bullied by the other Chinese kids. Enters Mr.Han who offers to teach him some martial arts to defend himself. Check out the Trailer below.