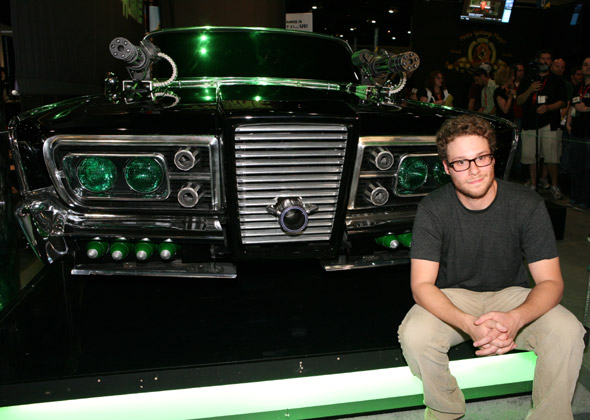 The new trailer also looks polished with some really cool special effects and characters. Seth Rogen will play Britt Reid son of LA’s most prominent and respected media magnate and perfectly happy to maintain a directionless existence on the party scene until his father mysteriously dies, leaving Britt his vast media empire.

He strikes a friendship with his father’s most industrious employee. They suddenly think of doing something meaningful for the first time in their lives: fight crime. So in a twisted way they hack a plan of becoming criminals themselves to stop the other criminals. They build advance weapons. The indestructible car called The Black Beauty. The bad guys find it difficult to fight against the duo because of the gadgets and the Hornet’s charm.

The rest of the cast include Cameron Diaz playing his new secretary and the villain played by Christoph Waltz. So this will be something we will be following in the coming weeks.