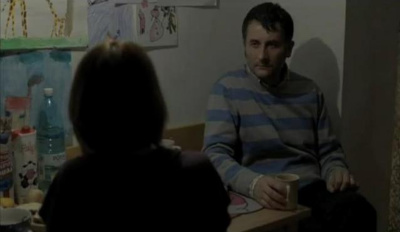 Cristi Puiu is the man behind the Romanian New Wave which really took over the imagination of star directors like Cristian Mungiu. Cristian made 4 months 3 weeks and 2 days after watching the powerful The Death of Lazarescu directed by Cristi. Now he has come out with another 3 hour film called Aurora. It has the festival people ringing.

Once again he gets into the form of the miserable. Cannes was going berserk after the screening of this film. It happens in an Apartment kitchen: a man and a woman discuss Little Red Riding Hood their voices hushed, mindful of waking the little girl sleeping in the next room.

A wasteland on the cityâ€™s outskirts: we see a man who is watching a family for some reason. Nothing is really clear in all this. Now you can also see the same man shooting the family and this is why I canâ€™t stand trailers. The man is a 42 year old man named Viorel and he drives across the city to a destination known only to him.