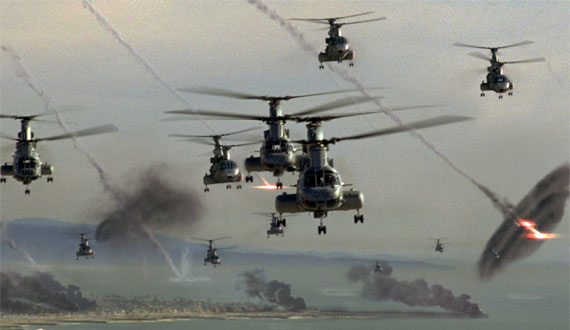 The historical references are getting a little sketchy in the new trailer of Battle: Los Angeles. They want us to believe that this is real. The new film directed by Jonathan Liebesman has the makings of a good alien war film. It will take a lot more than historical references to make the crowds come to the theater.

The second trailer has been released by Columbia Pictures and it begins with an explanation of these events, followed by some of the images from the previous trailer. The title of the film has gone through a change as well. World Incation: Battle LA internationally and the film stars Aaron Eckhart, Michelle Rodriguez, Bridget Moynahan, Michael Pena and Lucas Till. Check out the latest teaser and tell us what you think.