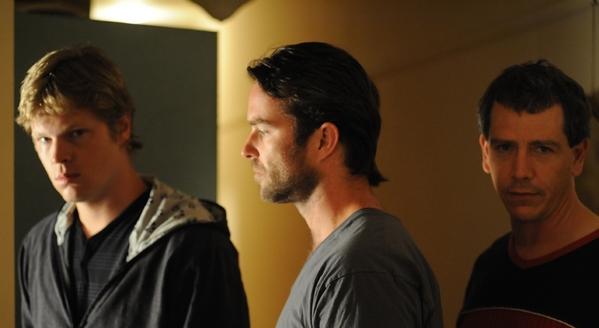 David Michod has had a pretty big year at Sundance. First he had a writing cred on the most anticipated film this year titled Hesher. Then he had the film that he directed called Animal Kingdom. An Australian crime drama starring Guy Pearce, Ben Mendelsohn and James Frecheville took the show at this year Sundance

Animal Kingdom has been called one of the best films to come out at the start of the year. The film uses a lot of motifs from Greek Tragedy to its strengths. It tells the story of Josh who is forced to live with his uncles in Melbourne after his mother died of a heroin overdose. The brothers are played by Joel Edgerton and Luke Ford. The brothers have successfully robbed banks for some time. But the ties in the family slowly wither down.

Animal Kingdom almost feels like a version of The Sopranos. One of the biggest things in the film is the naturalistic dialog and brilliant use of Soundtrack. The film is not really heavy violence but more on the drama quotient. This will easily be one of the most anticipated films to come out this year.