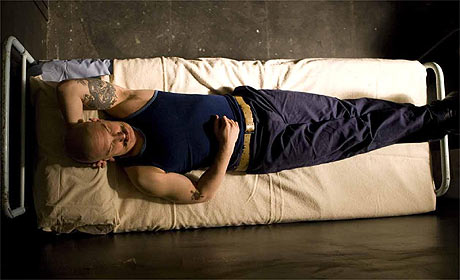 Christopher has been quietly getting ready for his next Batman film. He has cast Tom Hardy first in a role in the film. He will be joining him after working with Nolan on the sleeper hit Inception. This will mean there are still openings for actors like Joseph Gordon Levitt and Marion Cotillard. Tom Hardy will be playing a lead role in the film.

Batman 3 is something that has been prepped up by Warner Bros for some time now. They will be waiting for orders by Christopher Nolan for the rest of the cast in the film. Christian Bale will be returning as the Caped Crusader and we will also get to see Michael Caine in the film. There is a chance that Tom Hardy might play the villain Killer Croc in the new film.

For those of you who are not familiar with the range of Tom Hardy check out his work on Bronson. He is quite unassuming if you have just seen him in Inception alone.