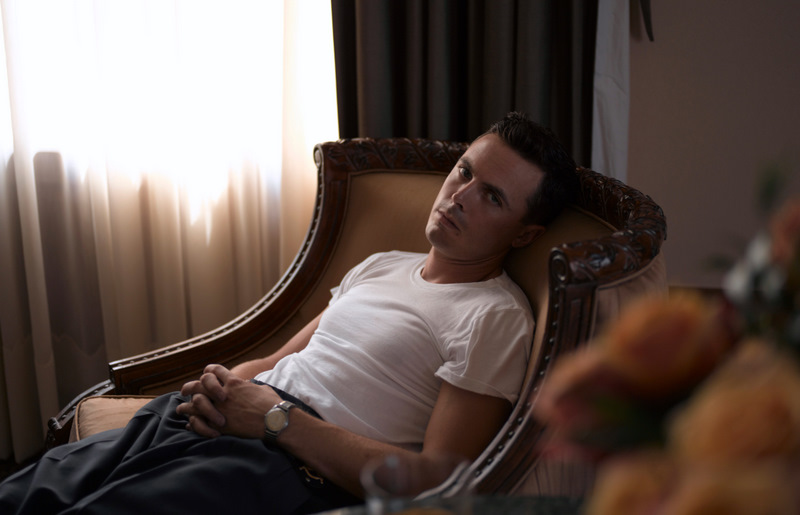 The Killer Inside Me Review We live in a time where no one really remembers anything you say. People with minimal social skills exist and who walk around us like zombies feeling the unbreakable bond of society are ruling the towns of infinite pain. But who is to top this resurgence of thought and cerebral wastage of ideas the film world has been exhibiting in the past couple of years.

Hollywood is an inert term. It needs a wakeup call. All the untouched themes are working into its system and being killed in its sleep. There was once a film called The King it really broke into the whole idea of what Hollywood is made on. It leaves a lot to be desired of these wasteful Christian families that really seem to be like the streets of New York. Everyone knows by now many of the blocks and the boring crevices of the most shot city. The family as a unit is also exhibited to death. At the moment of infiltration there is a hue and cry and everyone wants to nothing with it.

The latest thing after the attack on families is the idea of a genre. It is so colloquial now it needs to be done with. The word itself I must say should be done with. Michael Winterbottom seems to be straddling around Hollywood with his own sensibility. He has not really caught many people’s eyes with his unique vision. Many would like to shun him and close his doors, but he still manages to pester on and create stuff.

The Killer Inside Me is a rejuvenation of style and the lack of substance. It has been a while since we have gone to see an observation on inertness. It really seeps into a society, which has left its scruples and has adopted rudeness as a way of living. Someone pass me a pint it is needed after you’re done with this.

Jim Thompson had arrived in Hollywood in the hopes of selling his script and probably drinking himself to sleep. He was not the guy everyone would easily take away. The script he brought was not liked by the studio bosses. He took a bus away from the studio and just threw the Script outside the window. Jim Thompson was driven by some putrefying logic. The logic not so great which has been quite rampant in the last few years with mindless carnage flicks like Saw, Hostel and host of other idiotic works.

The Killer Inside invested thought in all these flicks by getting into a single person narrative. It dissected the thought process of this singular man and left us feeling empty. The sense of loneliness was quite relevant to what the character was set out to do. Liberty is not one of the well-endowed themes in this post Iraq era. It is being systematically crushed by forces familiar to us and who were once allies? We are harboring harsh realities, which seem to spell out quite beautifully in movies like The Killer Inside Me and Bubble.

We are living in this age of guilt and art has slowly begun to depict it in all its manifestations. There is awareness in the performance of Casey Affleck, but one arrived at from the text of Jim Thompson’s seminal novel. Closing all the paths that led to inevitable light where light seems to be a high degree of destruction. Each performer seems to be mindful or at least subjected to something that makes them wake up to truths. Many of them seem to be frightened by this highly potent sexuality from the depths of evil. This infestation makes the society unprepared. They are left reeling at the two sides and are afraid to choose.

It is only when we break free of the choices and these good intentions an awareness of heightened emotions begin to germinate. The only character in the film seems to be exhibiting traces of it. He is not insane, mind you and not to be judged as well. He is just meant to disperse into the fabric of our society to make us think and leave us unchanged. We are, but here in this world once. It is time to take matters in our own hands, but not just by following Lou Ford and his ideologies. We are meant to feel over here and see what the medium of film can do to us as individuals.

Also by embodying the characters in the story and not letting the actors perform. It was a smart way to extract unconditional and at times involuntary actions from the stars. Michael Winterbottom seemed to be quite single minded and avoid the entire buzz around the film. He focused on creating a collage for a mind-scape of a man in the throes of understated solitude. I just did not want this experience end like the line told throughout the movie.

It is just before the dark that the light is brightest.

A solemn ending to a film that will certainly be dictated by a puritan society lost in thought and hopeless idealism.