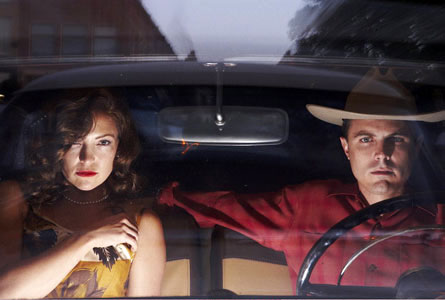 Promo Reel with Spoilers of The Killer Inside Me There is no words to release describe the atmospheric nature of this film. There is a lot of realism used for good measure. It is certainly going to be one of the surprises coming out next year. The Killer Inside Me just looks great. There will surely be spoilers you will like to avoid. But the luscious surrounding are certainly going to make you want to take the plunge.

Casey Affleck stars as a sheriff and is joined by Jessica Alba who plays a prostitute. The cast also includes Simon Baker, Kate Hudson, Elias Koteas and Bill Pullman. Each of the characters is so beautifully detailed. The promo reel is certainly an unforgettable experience. I really canâ€™t want for this film. So I can simmer into the look given by Michael Winterbottom.

The novel was written by Jim Thompson. He really had no intention of creating this into movie.

â€œProbably the most chilling and believable first-person story of a criminally warped mind I have ever encountered.â€ â€“Stanley Kubrick

The Killer Inside Me is directed by Michael Winterbottom. He is known for his films like A Mighty Heart, 24 Hour Party People, Tristram Shandy. The script is written by director John Curran. The film is still look for some US distribution.