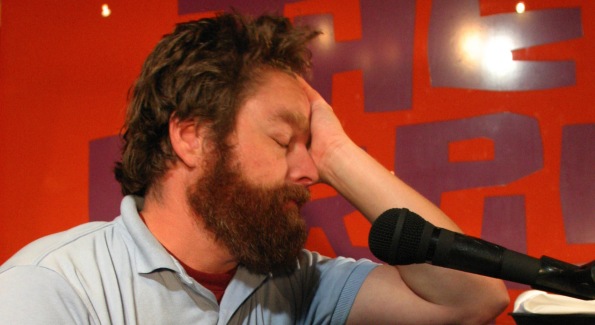 Paul Rudd and Zach Galifianakis on their Will Paul Rudd and Zach Galifianakis have teamed up for Will. This will be their second film together. They seem to enjoy each others company pretty much. Dinner for Schmucks will be their first film that will be out this year. The film will be directed by Valerie Faris and Jonathan Dayton. These two are known for their work on the indie hit Little Miss Sunshine.

The script of the film was written by Demetri Martin and it is surely going to be a laugh riot. Nowadays we get to hear a whole lot about Zach Galifianakis. He is slowly establishing himself as a superstar comedian.

Will is set in a world where heavenly scribes write everyoneâ€™s destinies, and Paul Rudd plays a man whose writer Galifianakis quites, forcing him to follow his own path without guidance from above. This is going to be really something special if Paul Rudd is going to live the life written down for him by Zach Galifianakis. Zach will next be seen in Todd Phillipsâ€™ Due Date which will be out on November 5 th.