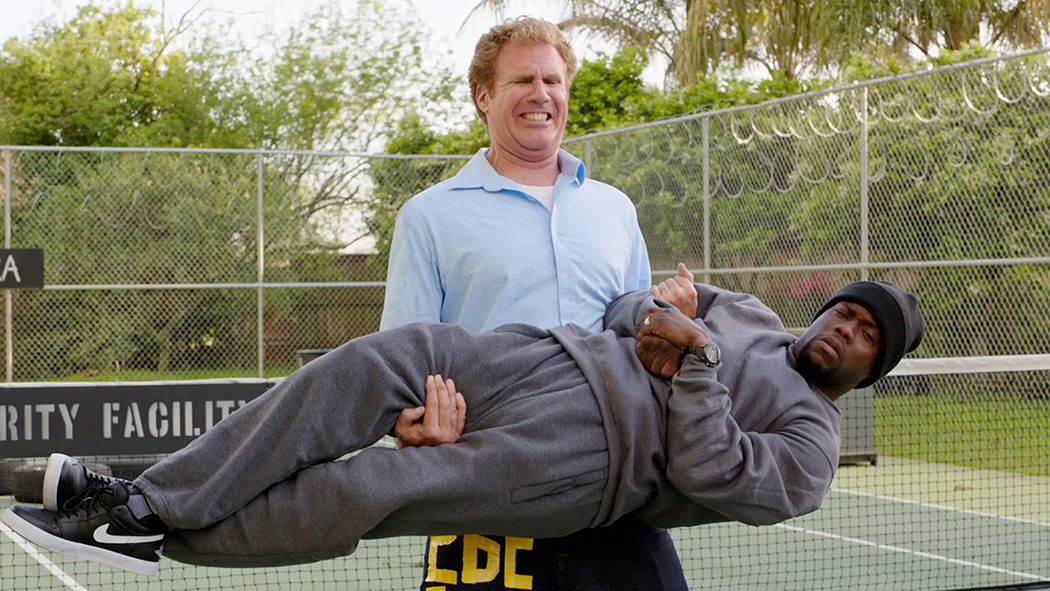 ‘Get Hard’ is barely even funny

“Get Hard” stars Will Ferrell as James, a millionaire who faces ten years in prison for crimes he claims he didn’t commit. Kevin Hart plays Darnell, a devoted father and husband, who agrees to teach James how to survive in prison in order to earn enough money to move his small family out of the projects. What James doesn’t know is that Darnell has never been to prison and has no idea about life on the inside. I can generally enjoy a movie if it achieves what it sets out to do. If an action movie has amazing fight sequences, it is a lot easier overlook a poor plot or bad acting. If a comedy movie makes me laugh, I can do the same. “Get Hard” is pretty funny, but not nearly funny enough to make up for the terrible writing, editing, and directing.

The acting is passable. The stand out being Kevin Hart. He is easily the most enjoyable character to watch, and really gets the audience on his side. There are brief periods where Hart and Will Ferrell have really good chemistry, but they are counterbalanced by periods where the chemistry seems off and just comes across as awkward. This is due, in large part, to Ferrell. I really don’t think he is very funny in this movie. He is so ridiculously over the top, and, most of the time, it felt out of place. Craig T. Nelson, Allison Brie, and Tip ‘T.I.’ Harris round out the cast, and all do a good job with what they are given.

The technical side is where the movie falls apart. The best thing I can say about it is that they let naturally funny people be funny, but, other than that, there’s really nothing else positive to say. Plots in comedy movies don’t need to be anything revolutionary. This one is nothing new. That’s fine, but what’s not fine are the jokes that fall flat. “Get Hard” attempts to poke fun at the stereotypes we attribute to different races, but most of the time it seems like they went for the absolute easiest joke. This shows. Many of the jokes got a chuckle from the audience, but really didn’t get many laughs. The writing just seemed lazy. Will Ferrell and Kevin Hart in ‘Get Hard’

The editing is really weird. The pacing is off. Some scenes move really slow. Some move really fast. Its pretty hard to take me out of a movie, but “Get Hard” did it a few times. There are instances when the cuts are way too fast and don’t make any sense, and there are times where the movie completely stops and turns into a music video, which just didn’t make me laugh. Its hard to tell who’s at fault, but it seems like the blame should rest on writer turned director, Etan Cohen. If you replaced “Get Hard’s” poor writing, editing, and directing with even average or above average writing, editing, and directing, the movie would go from average to good.

“Get Hard” is a movie that has a lot of funny people in it. Unfortunately, the movie is not that funny. Its an enjoyable watch and will make you chuckle, but it won’t make you fall out of your seat laughing. Poor writing, editing, and directing take away from what could have otherwise been a more memorable experience.