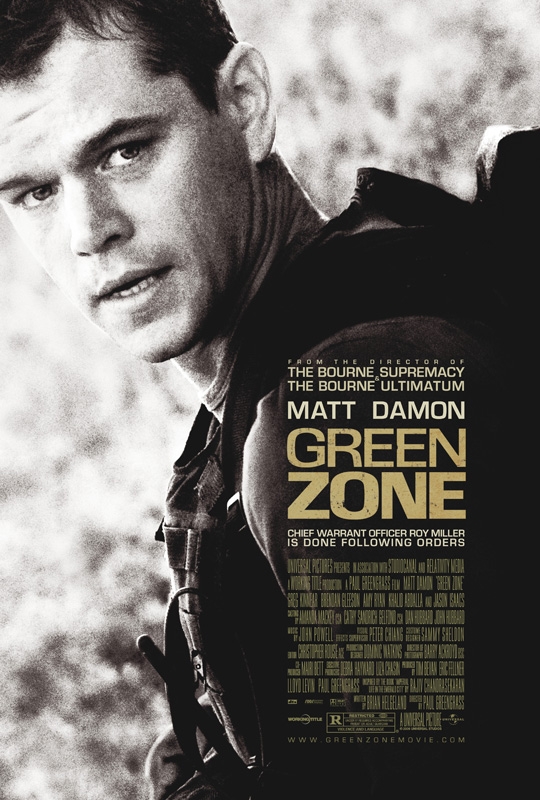 Matt Damon is back in the news again. There is always some news about him every 2 days. This time its the Poster for Paul Greengrass’s Green Zone. Just a week, we had debuted the Green Zone Trailer, and it was pretty much kick ass action stuff. Now, Empire has just release the Official Poster for the movie and this looks fantastic.

Matt Damon is looking at you and he seems very stressed. He is in his fighting gear and the whole scenario looks tense. Ever since the trailer came out, everyone has been saying that this should be more or less a Bourne 4 as it’s got every element of a Jason Bourne film. With Invictus right around the corner, Matt Damon has some really good movies for us to long forward to.