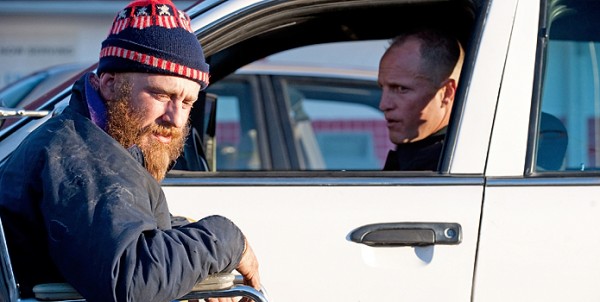 It has been a while since we have got a chance to see Woody Harrelson in an interesting film. Rampart is the second movie by Oren Moverman who seems to get the reality real solid. Ben Foster also has joined him after the two worked on the directors last film The Messenger.

The film looks at a nuanced life of the American police officer. Harrelson stars as a never changing LAPD cop whose past as always is catching up on him. There is a big corruption scandal that is slowly creeping up on him. The film also has an interesting supporting cast with Ice Cube, Brie Larson, Sammy Boyarsky, Anne Heche, Cynthia Nixon, Sigourney Weaver, Ned Beatty and Robin Wright.

Rampart will have its world premier at the Toronto film Festival. Here is a short synopsis of the film via Collider.

A genre-bending, 1990s Los Angeles police family drama, Rampart explores the dark soul and romantic misadventures of a never- changing LAPD cop (Woody Harrelson) whose past is finally catching up with him in the wake of a department-wide corruption scandal. Along the way, he is forced to confront his disgruntled daughters (Brie Larson, Sammy Boyarsky), his two ex-wives (Anne Heche, Cynthia Nixon), a tenacious Deputy DA (Sigourney Weaver), an investigator on his trail (Ice Cube), a homeless witness to his crimes (Ben Foster), his aging mentor (Ned Beatty) and a mysterious new lover who may or may not be on his side (Robin Wright), as he fights for his own sanity and survival.