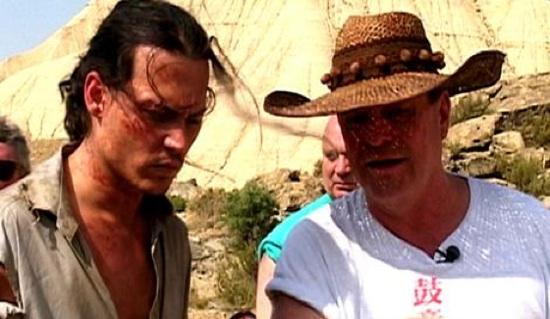 The news has been going around pretty fast. But the seriousness of it is surely not certain, Terry Gilliam has reportedly revealed that Johnny Depp is now set to return to his latest attempt at the ill fated production of The Man Who Killed Don Quixote.

The script has been rewritten by Terry and he has also cast Robert Duvall to play Quixote. So what will be Johnny Deppâ€™s role in this mad film?

But the magazine that posted the news is clearly stating that Gilliam and Depp will be returning to the doomed film. They are now trying to find some funding for the film after they should be set.

But here is why we are not sure about this. Depp is already signed on to couple of projects in the next couple of years. He will be teaming up with Angelina Jolie in The Tourist. Then there is still the issue behind the script of Pirates of the Caribbean: On Stranger Tides. Rob Marshall the directed still has to receive any word on that front.

The biggest issue of the film is the fact that the funds are still not received for the film.