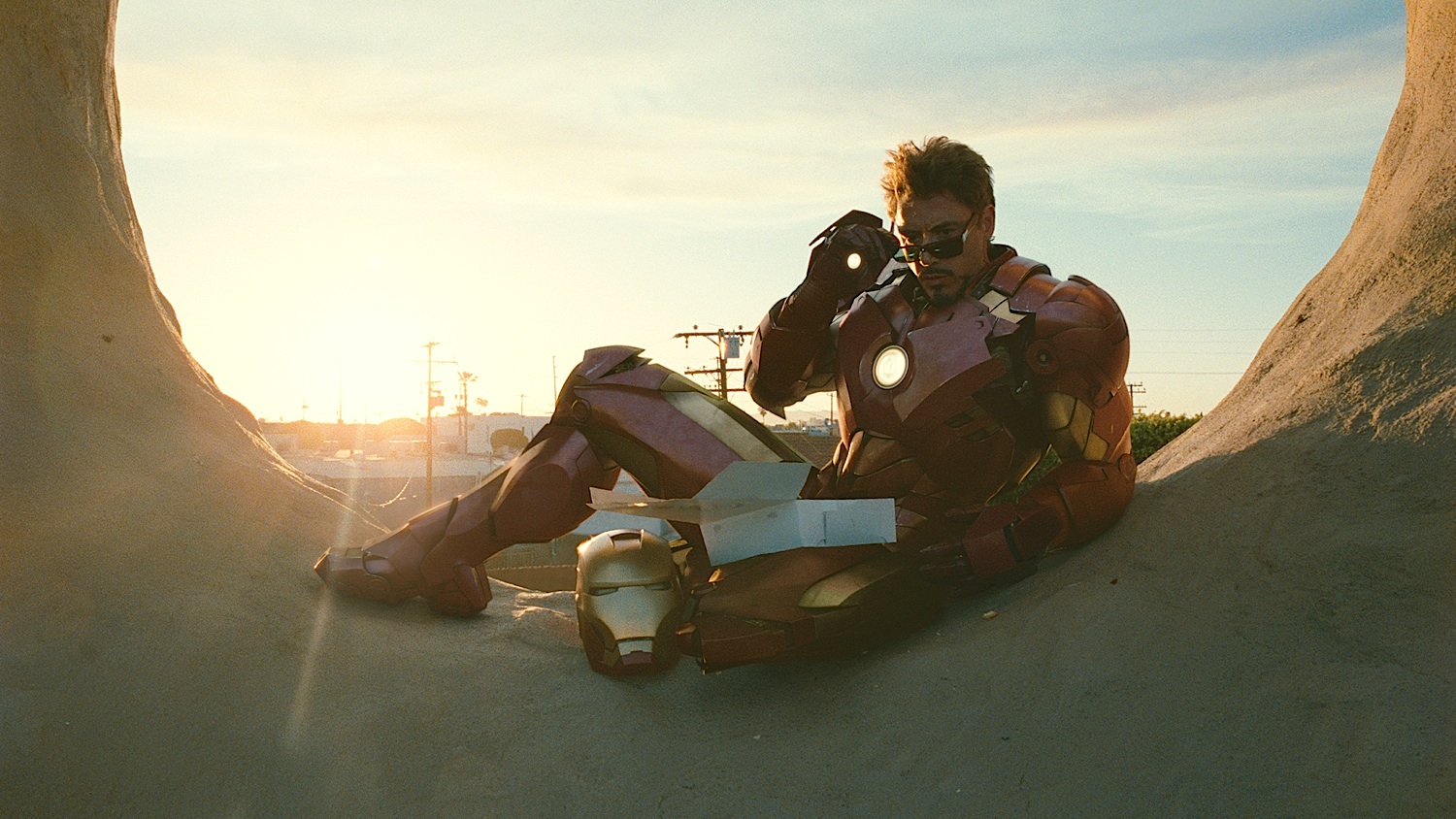 Narcissism has a new face on the big screen in the form of Robert Downey Jrâ€™s Iron Man. Will this be the death of this man or just life blood of his survival among the human race? The complexity in the film lies in the dichotomy of whether Iron man is just a man with a suit or someone with powers as well. This interested a lot of kids and adults for ages. His parallel with Batman as a vigilante is not really the same because everyone knows who he is. Iron Man lives transparently among mortals.

With the government out to get all the technology he has acquired and has created a so called privatization of world peace. But little did he know the consequences of a race to create similar prototypes to destroy his chance encounter with super powers. But this is highlighted through quirky and light interludes at various points of the film. Everyone fancies his ride with power which feels isolated and at times perverted. But what does power do at the hands of a man or is he? Iron Man 2 is a build up to what is to come.

The film feels kinetic in its resolve to create multiple threads that sink into the story with raw ease. Iron Man by now is really popular and his father dream has become convoluted in the hands of his son. We have an opening sequence of the Star Expo to show all the gadgets and things that will benefit the world. The uniqueness of the expo that happens throughout the year is more of an open challenge for Tony Starkâ€™s ego. It feels like he is waiting for his nemesis to give him a cure for his God complex. In waiting for an end the film becomes more about Tony Stark than Iron Man which is a good or bad thing it is up to you decide. Robert Downey Jr puts the suit down for some great histrionics. He leaves very little space for Iron Man. He becomes a character with a lot depth and insolence. It is in balancing the two that the film bares its vulnerability as well as its strength. Do I really talk about the rest of the characters in the film? Not sure.

Justin Theroux the writer for the film has really inundated the Iron Man universe with characters who will be explored in future films. Iron Man 2 feels like a set up to something really big to come. The introduction of the Shield into the previous film was really light. Over here their presence is little more of an excuse for Iron Man to take a break. Another cool thing about the film is the familiar banter between Tony Stark and the rest of the characters. It works well because of the use of excuses and even self referencing the older film it makes the film a tightly knit universe.

Another good thing which has carried on from the previous film is the special effects. Iron Man is equipped with some really cool gadgets and suit cases. His body has also become a part mission. There is also some great use of coverage in many of the Monaco Grand Prix scenes. But the sequences are not shot well. There are also some neat weapons in his armory which are a one off. It shows that there is also going to be a lot more improvement in the next couple of sequels.

But does his body take the palladium well. We had noticed a deterioration of his health in the previous. There is an interesting continuity you canâ€™t miss in this one as well. But the cure comes from a place where he never looked before. A place he has left because of his misleading youthfulness and his misjudgment.

The question of whether there is going to be an Avenger film is also answered. But does all this really matter in the face of all the upheaval made by Tony Starkâ€™s doing. Who will we see in the next sequel? Iron Man or Tony or will it be a combination of the two egos to make some lethal like the Titans of old.